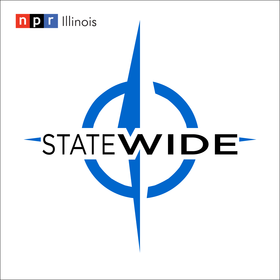 Gov. J.B. Pritzker tabbed a former lawmaker from western Illinois to lead the state's agriculture department.  We sit down with John Sullivan to get his thoughts on the ag economy and challenges facing farmers.  He also talks about the potential for industrial hemp and his agency's possible role if Illinois legalizes recreational marijuana use.

Perry Cline was addicted to drugs, served time in prison and was homeless.  But he turned things around and graduated from college.  We'll bring you his story and more on this week's Statewide.

* Rachel Otwell reports for Illinois Newsroom on an Illinois teacher who incorporates current events into his classroom and empowers his young students.

* Dusty Rhodes has a timely report on a disagreement among those responsible for Illinois education policy over minimum hours of instruction.

* Ryan Denham of WGLT has the story of a former Mitsubishi worker in Normal who has signed up to build electric vehicles for Rivian, the company who took over the local manufacturing plant.

* Debra Landis tells about her late husband Tim, who died after a heart attack.  Find out what she later learned about his condition.

* Lee Gaines with Illinois Newsroom explains the journey Perry Cline made -- from prison to getting a college degree.  It's a story of overcoming the odds.

Statewide, which brings you reports and conversations from in and around Illinois, is a production of NPR Illinois with help from other Illinois public radio stations.  Find all our episodes online at Statewideshow.com

Listen to Statewide across Illinois: