Public School Funding Tweaks Are Back On Rauner's Desk

When it comes to funding public schools, Gov. Bruce Rauner has wavered a bit.

A few months ago, he vetoed a major funding reform bill, saying it sent too much money to Chicago Public Schools. Later, he signed a compromise measure that gave the Chicago schools even more. 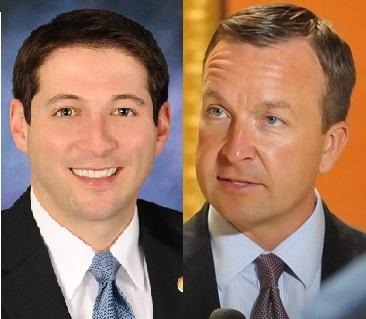 Now he has another bill on his desk.

The 500-page school funding reform bill approved in August was carved out by four legislative leaders negotiating as if the entire state budget depended on their ability to find compromise — because it did. And, as is often the case with such massive legislation, some cleaning up was needed.

Last week, legislators took care of some legal language ensuring that property values continue to be figured the same way as before, to match the massive school funding bill they had approved in August.

Sen. Andy Manar, D-Bunker Hill, explained it to his colleagues this way:

"This I would describe as simply clarification language that's technical in nature,” he said, “that is at the request of the State Board of Education so that they can see through the law that we passed."

Seven Republicans voted against it. One of those seven — Sen. Jason Barickman, from Bloomington — said he just wanted to see how the numbers would’ve changed without tying up the loose end.

“We always said we wanna see numbers before we do things,” he said, “so, I didn't make a big deal out of it today, I don't think it is a big deal, but it would've been nice to stick to the process."

Asked to predict whether the governor would sign this seemingly tiny technical bill, Barickman indicated he had given up predicting the governor’s actions.

More cleanup bills are on the horizon. The biggest would ensure state funding for pre-kindergarten English learners. Lawmakers are likely to tackle that topic in January.