A Bloomington man running for Congress has successfully sued to keep his name on the ballot.

David Gill is running as an independent, and failed to file the number of valid signatures required by Illinois law.

That number is much higher than it would be if he were running as a Democrat or Republican, and a federal judge on Thursday ruled that Gill must remain on the ballot.

Listen
Listening...
/
Brian Mackey reports on a challenge of Illinois' more stringent ballot-access requirements for independent candidates than those from the two major parties.

Before we get into the legal arguments here, let's talk about Dr. Gill. He's an emergency room physician and something of a Don Quixote figure in central Illinois politics.

This year he's making his fifth run for Congress. All four previous times he ran as a Democrat — losing to former 15th District Republican Tim Johnson in 2004, '06 and '10. Those results were pretty lopsided — the closest he came was in the Democratic wave year of 2006, and even then he lost by 15 percentage points. 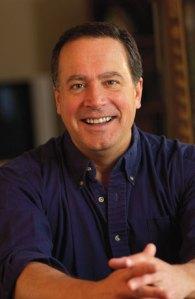 But in 2012 — there was a new district with a lot more Democrats. Johnson had retured, and this time, Gill came really close — within 1,002 votes of Congressman Rodney Davis.

GILL: "For all intents and purposes, Brian, I won that election in 2012. And we can talk about that, but there was an independent who was preaching the same things as me: climate change and gay marriage and single-payer and a woman's right to choose, ad infinitum. So I was running against myself and Rodney Davis. Lost by three-tenths of a percentage point — effectively won — but the Democratic Party still didn't want me to run again."

Gill, however, was not done. Hoping the fifth time's the charm, he wants another shot at Davis, and this time he filed to run as an independent.

That's where his problems began.

GILL: "In collecting 5,000 signatures I had 10,000 conversations with people. And to a man - doesn't matter: left wing, right wing, middle of the road — when I wold tell them I need 15 times what the Democrat and Republican need, they sould say, 'What?! That's a joke!'"

Gill and campaign volunteers turned in roughly 600 more signatures than the minimum required. But it wasn't enough. A citizen came forward to challenge those signatures, and a state hearing officer struck a number of signatures as invalid, leaving Gill more than 22-hundred short.

That's where the lawsuit comes in. Through his lawyers, Sam Cahnman and Andrew Finko, Gill argues the numbers for independent Congressional candaidates are so much greater than those for the major parties that they violate the constitution.

And as Cahnman points out, candidates have gotten on the ballot with few or even zero signatures. If you voted this spring, you might have seen the name of Larry Cohen.

CAHNMAN: "Democratic candidate for president. He filed no signatures, just a statement of candidacy. Was objected — The objector's petition was filed, but then withdrawn. Once it was withdrawn, he stayed on the ballot."

Cahnman and Gill also point to the most recent time standards were tightened for independent candidates — back in 1983. That's when legislators voted to limit petitions to a 90-day window before the filing period.

They point to a comment by the late state Rep. Harry "Bus" Yourell of Oak Lawn, who during debate, said, "I'm trying to protect all of the members of the House who are down here doing the people's business while somebody is back in your district circulating petitions." In other words, the law was aimed squarely at protecting incumbents from competition.

Gill went before federal Judge Sue Myerscough this week, asking that she put him on the ballot even with fewer signatures than Illinois law requires.

Three lawyers for the state argued against him. Through a spokeswoman, they declined to speak on tape. But in court, Assistant Attorney General Sarah Newman acknowledged that Yourell's comment "does not fill my heart with gladness."

But she argued that you do need rules governing elections, and she says Illinois law is "reasonable and non discriminatory."

ANCHOR: As we go to air mid-day Thursday, Judge Myerscough has just ruled in favor of Gill's motion for a preliminary injunction. She wrote that he gathered enough signatures to show the "modicum of support" required in Illinois law and prohibited the Illinois State Board of Elections from enforcing the signature requirement against him. She also ordered the board to include him among 13th Congressional District candidates on the November ballot.

Update | 1 p.m. Aug. 25, 2016 — Spokeswoman Annie Thompson says the attorney general's office is "reviewing the judge’s order and will decide quickly what the next steps should be."