If you want to get an idea of how controversial the new Common Core standardized test is, consider this: The number of states that have legalized marijuana use (23) is double the number of states that have agreed to use this test (11). Only eight of the 11 states signed on have agreed to use both the elementary and high school portions of the test. Illinois is one of these states. 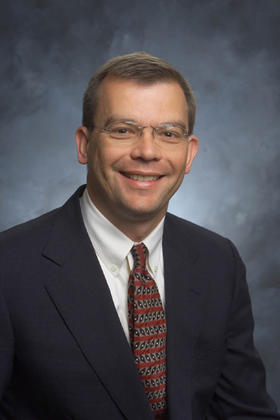 Listen
Listening...
/
Dusty Rhodes reports for the Education Desk
It’s known as the PARCC (pronounced “park”), short for the Partnership for Assessment of Readiness for College and Careers, and will replace both the Illinois Standard Achievement Test (ISAT) and Prairie State Assessment Exam. Students will take the first section of the PARCC test — a “performance-based assessment” — sometime during the first three weeks of March; the second section, called the “end of year assessment,” will be administered in May. The only subjects covered will be math and English language arts. In a video widely circulated among educators, the argument against PARCC was laid out in September by Pete Bavis, assistant superintendent of curriculum and instruction at Evanston Township High School. Addressing the Evanston school board, Bavis blasted the timing of the test, which was sandwiched between ACT and advanced placement exams, and the test itself.

“The PARCC test is neither valid nor reliable as a measure, and the reason for that is because it’s never been given to a large population,” Bavis said. “So we’re paying to have a private testing company norm their instrument on the backs of Illinois students. That’s a big problem.”

Some parents have inquired about simply boycotting the test. According to Fair Test, formerly the National Center for Fair and Open Testing, half a dozen states have statutes specifically allowing students to opt out of taking PARCC. But State Superintendent Christopher Koch issued a statement in late October designed to quash any similar efforts here.

“Opting out of PARCC is not an option,” he wrote in his weekly message on the Illinois State Board of Board of Education website. He provided a two-page letter that school administrators could download to give to concerned parents, stating that any district that “allows students to opt out … would directly violate both federal and state law” and warning that teachers who might refuse to administer the test could face action from the State Educator Preparation and Licensure Board.

What makes this test so radioactive? For starters, it’s meant, ideally, to be administered online. There is a paper-and-pencil version available, but the online version has more bells and whistles. So the receptiveness of any given school or district hinges partly on the number of computers they own, the power of their servers and the bandwidth of their Internet connection.

Anne Morris, who oversees the mechanics of the test for Springfield School District 186, said the idea of an online test worried her. At first.

But when given the chance to participate in a preview of the PARCC last year, more than half of Springfield schools did, and most of those used the online test. The pilot wasn’t perfect, for example, the “save” button turned out to be the “submit” button, but Morris feels confident that the testing company, Pearson, has smoothed out most of the kinks.

“Seriously, they’ve thought through so many of these things, I’m reasonably confident that this is going to be okay,” Morris says.

PARCC also suffers from being the latest addition to an already onerous lineup of standardized tests. Arne Duncan, U.S. Secretary of Education, in a back-to-school missive to educators, acknowledged that a surplus of standardized tests takes time away from necessary instruction and “rob(s) school buildings of joy” without providing meaningful feedback.

“There’s a whole world of skills that tests can never touch that are vital to students’ success,” Duncan wrote. “No test will ever measure what a student is, or can be. It’s simply one measure of one kind of progress. Yet in too many places, testing itself has become a distraction from the work it is meant to support.”

Duncan concluded, though, with the argument that PARCC tests are a superior form of standardized test — that they “get beyond the bubble test, and do a better job of measuring critical thinking and writing.”

The entire basis of the PARCC test is also subject to criticism. It’s designed to measure students’ grasp of the new Common Core learning standards — a radical overhaul of math and language arts teaching targets initially embraced by educators, but now politicized. In the recent mid-term elections, candidates running on an anti-Common Core platform won in Arizona, Georgia and South Carolina. In Ohio and Wisconsin, legislators are considering repealing Common Core standards.

Contrary to popular belief, these standards were not formulated by the federal government. Instead, they are the result of an initiative launched in 2009 by governors of 48 states, all except Texas and Alaska, along with the Council of Chief State School Officers. Over the next two years, groups of educators and academicians drafted standards intended to upgrade American schools to ensure that high school graduates would be equipped to handle college courses or earn a living. As of June, 43 states, the District of Columbia and four territories had signed on to Common Core, thanks to incentives linking adoption of the new standards to federal Race to the Top grants.

These aren’t just tweaks to the old standards; they’re the kind of upheaval that sends veteran teachers scurrying to seminars and workshops in search of new strategies. And they happened fast —just five years elapsed between inception and implementation. Duncan described Common Core as the “biggest, fastest change in schools nationwide in our lifetime.”

But does that mean the new standards are bad? Mary Fergus, spokeswoman for the Illinois State Board of Education, points out that state standards had not been changed since 1997, and were obviously inadequate.

“We want to reverse that troubling statistic that one third of our high school graduates are placed in remedial courses in college,” she says. “That’s costly and doesn’t bode well for their future employment opportunities.”

It’s a bit tricky untangling passions regarding the Common Core standards, which many educators initially applauded, from the classroom implementation, which has been problematic, from the upcoming PARCC test. But it’s clear that opposition has increased as the test gets closer.

Scott Filkins, an English teacher at Central High School in Champaign and co-author of the National Council of Teachers of English’s vaguely anti-PARCC position paper titled Formative Assessment That Truly Informs Instruction (emphasis in the original), acknowledged that the very notion of states not using their own standards troubled him. “We’re not used to national standards in America. It has been state standards up until this point,” he says.

While he says he appreciates the clarity of the Common Core standards — “You can tell what the kid is going to be asked to do” — he suspects the standards were created using reverse engineering. “They’ve stated what they want a 12th grader to do, and they just sort of backward mapped it all the way down to kindergarten,” he says. “It puts kids on a weird developmental trajectory that’s not necessarily true, but makes the standards look like a neat progression.”

As for the “performance-based” test, he rates it a notch or two better than other standardized assessments, which are mostly multiple-choice. The PARCC test requires students to choose an answer and then cite the specific textual passage that explains that choice. “If you’re going to have to use multiple choice,” Filkins says, “finding out that next step is a decent thing.”

Math folks are more enthusiastic about Common Core. The National Council of Teachers of Mathematics issued a hearty endorsement of the new standards, calling them an “unprecedented opportunity for systemic improvement in mathematics education in the United States.” They were developed in part through visits to classrooms in Japan, Korea, Singapore and Finland — countries that produce students who rank near the top on international tests. American students typically rank near the middle. The hallmark of the Common Core math standards is a focus on fewer topics, with a requirement for deeper exploration of each concept.

Carolyn Narasimhan, a professor of mathematical sciences and director of the STEM Center at DePaul University, says the Common Core standards used scientific research into how children’s brains develop to chart a logical progression of math concepts. She has spent the past three years helping 165 Chicago Public School math teachers transition to Common Core, and she believes these new standards can cure the curse of the “I’m just not good at math” excuse.

“I think some of our problem is that some of our current teachers learned mathematics as a set of procedures without too much meaning behind the procedure. They know how to do a percentage problem, but they don’t necessarily know how to teach their students what a percentage is, how it relates to a decimal, how to compute a tip, things like that,” she says. “So if they’re not very confident in this, their students are not going to be. That’s how we got to where we are.”

Along with specific milestones — e.g., first graders should be able to add and subtract within 20, eighth graders should master the Pythagorean Theorem and high schoolers should be able to use polynomial identities — the authors of Common Core standards also provided eight overarching “standards for mathematical practices.” These guidelines are such broad concepts, they don’t even sound math-ish: Make sense of problems and persevere in solving them. Reason quantitatively and abstractly. Create viable arguments and critique the reasoning of others. Attend to precision. (Numbers 1, 2, 3 and 6.) Narasimhan describes these eight precepts as “just really thoughtfully and beautifully done.”

“These describe what a classroom should look like, what students should know and be able to do,” she says.

This desire is closer to the common core. What Filkins and Narasimhan and probably most teachers would prefer is regular, meaningful measures of what students know, delivered on a schedule that allows lessons to be adjusted for what students don’t yet comprehend. This kind of feedback loop is called “formative assessment” — a term that stands in contrast to standardized tests like PARCC and its predecessors, ISAT and PSAE.

“The classic problem with standardized tests is that at the end, you get a number, and you can’t do much with it, in terms of teaching,” Filkins says. “It might be useful in saying whether a kid is at a certain level, but chances are, the teacher already knew that. So the fact that we get excited about coming up with a better standardized test is something I’m hesitant to celebrate. It’s like we improved the wrong thing.”

So far, the Common Core consortium has issued standards only for mathematics and language arts, but equally radical standards for history and social studies are in the pipeline.