How Well Do Local Officials Respond To FOI Requests? 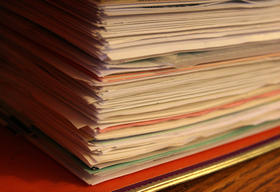 A college professor who performed his own audit of how local governments in Illinois handle Freedom of Information requests says the results were better than expected.    Still, there is plenty of room for improvement.

Overall, local agencies did a good job at providing public records.  But there is some bad news.  They too often failed to post details on how to petitition for those documents and have a trained F-O-I officer.

Professor A. Jay Wagner conducted the audit when he taught at Bradley University last semester. He's now with Marquette University.  He and a student sent record requests to departments in 34 counties.

"There were a couple of departments or agencies that dragged their feet. But for the most part, I think people were very willing, very interested and did everything they could to provide the requested records," Wagner said.

Wagner points out 80-percent of those agencies contacted responded within the legally required 5 days.  But he says smaller counties tended to have more trouble following the Freedom of Information laws.

Wagner says he also found most officials he dealt with were helpful.   But he adds in some instances, especially smaller counties, fewer knew how to handle requests.

"A lot of them don't have any understanding of the law whatsoever.  You run into stuff like that where you as the individual are trying to walk the FOIA officer through the process and they are unfamiliar with it," he said.

Wagner said less than half the counties surveyed have required information on how to make a Freedom of Information request posted online.  He also says in those counties where fewer documents are digitized, the process is slower.