The Extent Of Segregation In Illinois 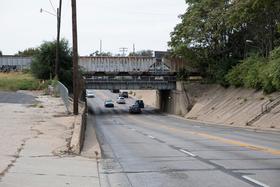 Would you be surprised to learn that some of the most segregated communities in the country are right here in Illinois?   Places where the problem persists, and has so for years, with little improvement.

A six month Governing Magazine investigation culiminated in a series published this week.  Reporters Dan Vock and Brian Charles culled data and tracked down numerous sources.   They crunched the the numbers and lay out some of the reasons segregation remains so prominent in towns like Springfield, Rockford, Peoria, Champaign-Urbana, Bloomington-Normal and Decatur.

The series examines the role local governments play in keeping segregation in place.  It also looks at the impact on schools, unemployment, housing and crime.

While anyone who lives in or visits these communities realize segregation exists, it might be surprising to learn the statistics, like Peoria ranking 6th in the country when it comes to black and white residential segregation. Many of the other towns don't fare much better.

"Obviously the towns are segregated, but it's hard to know how out of the ordinary that is until you step back and take a national perspective," said Vock.

"It does become accepted," Charles added. "There's a part that begins to accept the conditions of certain people fit a certain narrative we have about race and class."

The series places blame on many. Governmental leaders whose policies drive investment toward areas of town that are predominantly white. Parents of white students who move to outlying towns or edges of larger communities that are served by different school districts, leaving the urban core of cities and resulting in the larger districts having a majority black student body.

In the larger towns, the series mentions there are often racial dividing lines.  It might be a street, a railroad or maybe a river.  One side is mostly black.  The other mostly white.

"I think it's important to realize segregation isn't just Chicago, St. Louis or Gary (Indiana)," said Vock.  "It happens across the country, but especially in the midwest and northeast."

The series (found at the link above) provides plenty of data, charts, maps and more.